A missing son, a frantic dad, and the Father that loves them both.
Posted by Dave Moore at 7:11 PM No comments: 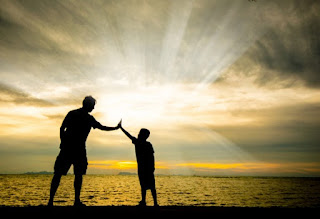 
I had an interesting sort of “Déjà Vu” moment recently. First, let me give you some background. As a young man and even as an adult I was somewhat of a rough character. Known for my angry attitude I was willing to fight someone at the drop of a hat. It could be while I was involved in a sporting event, road rage, or while drinking in a bar. I am not proud of that past and I am thankful to God for helping me overcome my anger issues.
One day when I was in my early twenties (40 years ago) I received a call from my father. He had gotten into an argument at a party store and wanted me to go back with him to confront the 3 men that had threatened him. This was a switch, instead of my father protecting me, he was asking for me to help protect him. I returned to the party store with him only to find that those that had threatened him were gone.

Now, fast forward to eight weeks ago. While out for a walk with my dog we were viciously attacked by a Pit-bull. I am hopeful that my dog ChiChi and I will both physically recover but I am emotionally not the same. It took me several weeks before I could take ChiChi out for a very short walk. I am still traumatized, and on those first few walks my son who is in his early thirties would sit in the front window of our home and watch over me to make sure that we were safe. Déjà Vu. The tables had turned as they had with my father and I, and the son that I had always protected was now watching over me. It reminded me of my dad. I miss my dad. I will one day see him again in Heaven.

I am thankful on this Father’s Day for a dad that loved me and protected me. I am thankful for the tremendous privilege I have had to be a father to a fantastic son who has made me nothing but proud his entire life. Most importantly, I am eternally thankful for my Heavenly Father that loves me, always watches over me, will never leave me, and someday I will see face to face.

As always, to God be all the glory!

Posted by Dave Moore at 1:15 PM No comments:

Posted by Dave Moore at 5:57 AM No comments: 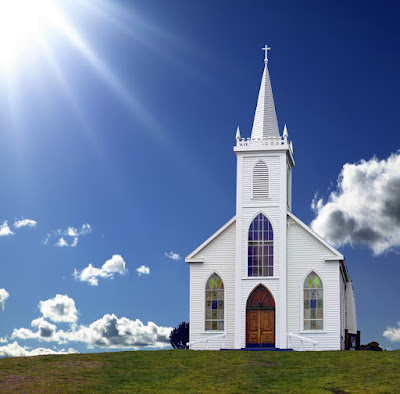 I will be going to the hospital this Sunday where I weekly seek healing for my body, soul, mind, and spirit.
Posted by Dave Moore at 7:59 AM No comments:


The sin of a father – What David Moore learned from his father.

I grew up in the 60’s and it was a great time to grow up. We played outside endlessly. My father worked afternoons and with school all day I didn’t see him a whole lot. There were six of us kids and my mom worked tirelessly to take care of us and always gave us tremendous love. Alcoholism in our family was a dirty secret that our family lived with for a long time. My father was not only a casual drinker but also a binge drinker. As children we witnessed our father many times slapping and hitting my mom until she was bloody. It forever affected all of us profoundly.
For many years as a young adult I too was a binge drinker and an angry drunk. It didn’t take long after my first drink that I wanted to fight someone and usually it was for no reason. Although I had a hatred for anyone raising a hand against a woman I took my anger out on men. Bar fights, road rage, you name it I probably did it.
In my late 20’s my son was born and when he was 1-1/2 years old I took custody of him and began raising him as a single father. I wanted to love my son in a way that my father never loved me. I wanted to be there for every school event, sports game, and protect him from the world. I became obsessed and over protective in such a way that he was not being allowed to actually be in control of his own life. I was also still having anger issues and had become a “my way or the highway” type of parent. We need to find a balance in everything we do. I don’t believe that my dad set out to be the father that he became nor did I. But, my behavior towards my son was destructive in its own way.

Then one day my son, a college freshman, disappeared. We had no idea where he was and why he had left. My father had died a few years earlier and it was very hard. The thought of losing a child is indescribable. It is a parent’s worst nightmare. Had the sins of my father turned me into a father that had caused this? And what of my own sins? Can I blame them on my father and not accept responsibility for them?
After a cross-country search for my son without any success I came to the end of myself and cried out to God for help. God gave me a miracle. He came into my heart and saved me. A wave of forgiveness and love poured over me that you cannot understand unless you have experienced it. I asked God to forgive everyone that had ever hurt me including my father. I asked God to forgive me for everyone that I had ever hurt. God through revelation and His word began to teach me how to be a better father and a better man. I am still not the man I want to be but thank God I am not the man I used to be. What I also realized through my surrender was that not only was I looking for my son to come home but God was looking for me to come home too.

My father and mother both received the free gift of salvation through Christ before they died as has my whole family. Jesus died that the sins of a father and everyone else can be forgiven by simply asking Him and accepting Him as our Savior. Christ gives me love, hope, and direction. Not only can I not live without Him, I will not die without Him either.


https://manlytraining.com/2016/06/06/the-sin-of-a-father-what-david-moore-learned-from-his-father/
Posted by Dave Moore at 4:45 AM No comments:

Through the sacrifice, grace and mercy of Jesus Christ, I have been freely given salvation. I have been given the greatest gift imaginable and that gift is offered for all who will come to Jesus.

Because I have been given much, I would like to offer some of what He has given me. I’m offering the e-book version of my books published by John 15:11 Publications for free March 23rd through March 25th on Amazon.
If you are interested, you can go to my Amazon page http://amzn.to/1ULyV0c
The books can be read on your Kindle, e-reader, or computer. Please share with your friends!
Enjoy the blessing, but more importantly if you don’t know Jesus please let me tell you about my amazing Savior! I’ve written a page here –> http://lisabuffaloe.com/good-enough-for-heaven/
Posted by Dave Moore at 8:24 AM No comments: